A bill to grant nurse practitioners (NPs) the right to practice medicine independently, AB 890 (Wood), will be heard on the Senate Floor early next week. This might be the LAST chance to stop the bill before it goes to the Governor for his signature. CAFP has adopted an Oppose position, as the author and sponsors have refused to take any of our proposed amendments, including around a “transition to practice” section that only requires learning six concepts including “Interpersonal Communication” and “Professionalism.”

Please call your State Senator BEFORE WEDNESDAY AFTERNOON and urge them to Oppose this bill. CAFP has created a fact sheet you can use to help guide your call. 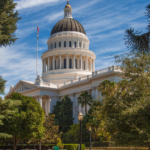 A Call to Action: NP Scope Bill AB 90 will be Advancing 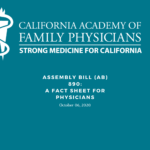