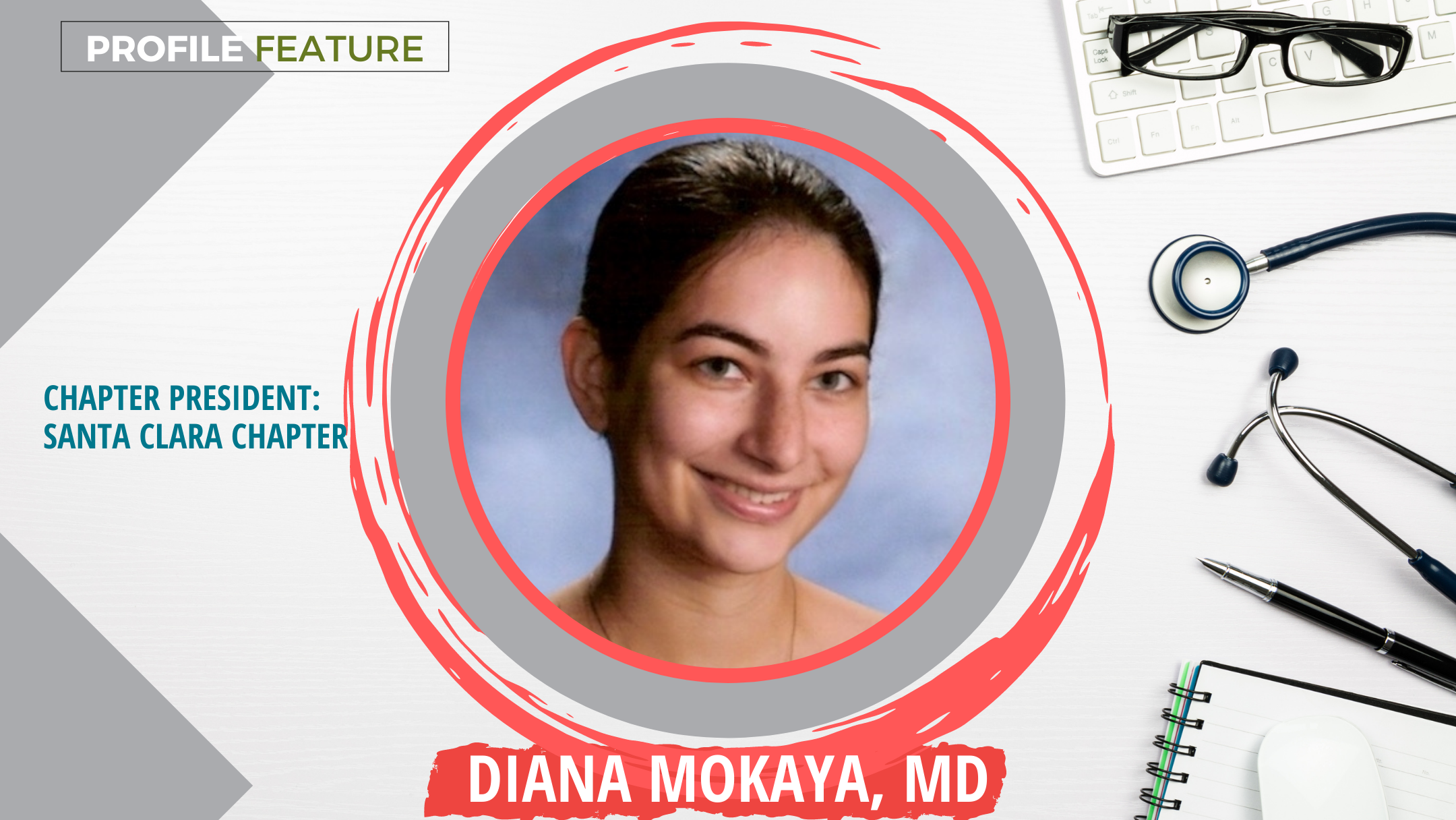 Reviving a Chapter: How Dr. Diana Mokaya helped bring doctors to work together

The bylaws were so old that the only copy available was something written on a typewriter, probably from the sixties. The California Academy of Family Physicians chapter of Santa Clara had been inactive for several years. But in the summer of 2019, Diana Mokaya, MD, together with the board members, started working to revive the chapter. They had meetings to discuss its goals, organized events, updated the bylaws, and reached out to members for ideas to help the community. In November 2020, Dr. Mokaya was officially elected as chapter president.

“Typically [it needs a] high level in organizing and in leadership to gain the momentum that’s needed to restart a chapter,” she said. “It took us a year or two to reach that threshold and gain that momentum. And so we’ve been working off of that ever since.”

The group effort to revive the chapter pulled off. The 400-plus members that compose the Santa Clara chapter are busy, participating in virtual events on healthcare disparities caused by COVID, member advocacy, and ACES. Their focus now is on poverty pandemic initiatives and advocate for recovery.

Originally from Connecticut, Dr. Mokaya went to med school in Pittsburgh, Pennsylvania. She then followed her husband Frank, who is an engineer, to the Silicon Valley in California where he got his Ph.D. and she did her residency. They live in Santa Clara with their six-month-old baby, Dillan.

But then came a forced break. Diagnosed with neurosarcoidosis, she had to undergo brain surgery and take seven weeks off to recover. She wanted only two. But then she came to terms with her health and treatment gave her a normal life. That experience was, she said, a good exercise in learning to draw professional boundaries.

“I think a lot of people, particularly early-career physicians, will push themselves because they think they have to,” she said. “My message to [them] has always been, ‘don’t just push yourself because you can now. This is your time to create the life that you see yourself living sustainably for the next 30 to 40 years.’”

As a doctor, having had a significant medical condition also helped her have a fresh perspective of what her patients might be going through. She feels part of their family, which makes it particularly hard to feel their grief. But, as a family physician, she loves being able to see a patient as a whole, considering their life’s context, their family, and community. Like taking care of a pregnant woman, her baby postpartum, and even some of the patient’s family members.

“For me, that continuity is fulfilling. I think it’s just good care,” she said.

Socioeconomic inequity is an issue for the 6th most populous county in California. On one side there’s the Silicon Valley, with massive resources. On the other, a large minority population of undocumented immigrants, ineligible for health insurance, living “paycheck to paycheck.” COVID made things even harder for them. Besides being disproportionately hit by the pandemic, these communities’ main source of income was in services that had been shut down.

“There’s been a huge relief with the eviction moratorium, but […] we’re concerned about what’s going to happen to our communities when the relief, which thus far has failed to come for a lot of low-income communities, people of color, and undocumented individuals, stops,” Dr. Mokaya said. “And the resulting poverty when the debt collection agency comes to their door and they do ultimately get evicted because there are a lot of people who are on the brink of homelessness.”

To mitigate this situation, the CAFP Santa Clara Chapter is partnering with local communities and organizations to offer some solutions. A big part of that is with vaccinations, from large institutions and government-sponsored vaccination drive to working on how to reach those who don’t speak English or don’t feel comfortable registering for the vaccine because of their legal status.

“COVID doesn’t care about a person’s legal status. So if we want to face this pandemic head-on, then we have to look at where the virus is and point relief there.”

The chapter partnered with a local faith store organization to relieve some of the debts of these communities. They are also in process of lobbying with local officials to advocate for them to be incorporated into the vaccination planning.

“[We are working on] how do we, as an entire community recover from the effects of the pandemic, the health, and the socio-economic effects, which disparities have been multiplied during this pandemic,” she said.

Besides her work as president of the Santa Clara chapter, the 34-year-old new mom feels ready to get back to work after her maternity leave. For fun, she spins yarn, from alpaca’s fleece. It brings her calm and sanity.

“I think it’s important to have outside interests too,” she said. “I am an avid knitter.”

She learned hand spinning and knitting as a kid and she spends about an hour a day with her projects, from socks to sweaters and, of course, baby clothes.