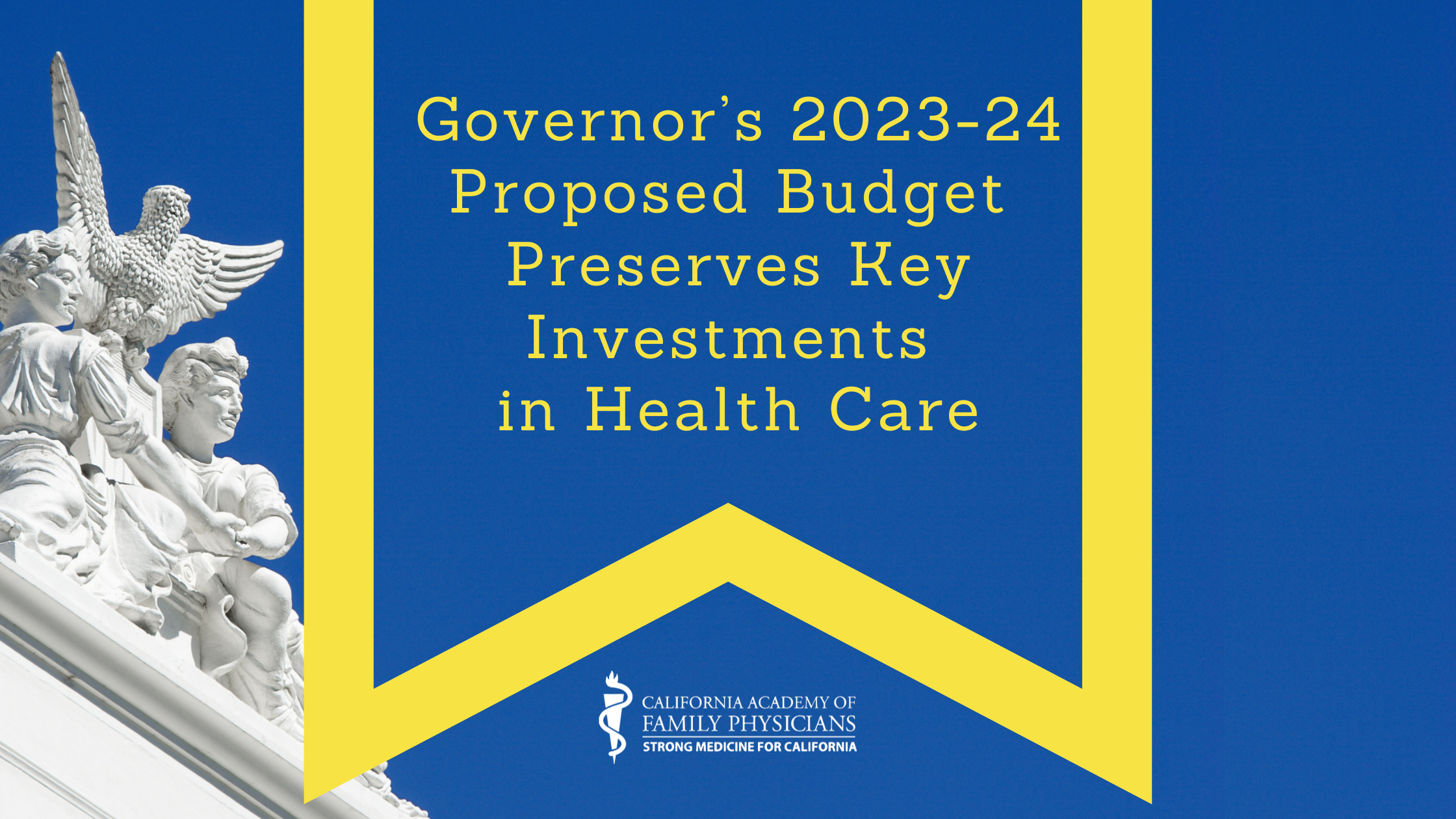 Governor Gavin Newsom released his 2023-24 Budget Proposal on Tuesday, January 10, 2023.  Despite a projected budget deficit, the budget proposal preserves key investments in recent budgets to advance state priorities and values, including making healthcare affordable and accessible, regardless of immigration status, and investing in the primary care workforce by maintaining Song-Brown funding.  The 2023-24 Governor’s Budget proposes spending of $296.9 billion in total state funds, consisting of approximately $223.6 billion from the General Fund, $70.4 billion from special funds, and $2.9 billion from bond funds.  23.2 percent of total state expenditures is dedicated to health-related expenditures. 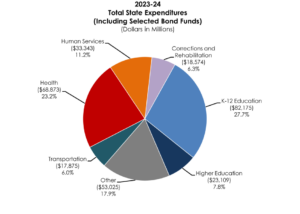 The Governor’s Budget forecasts that General Fund revenues will be $29.5 billion below the 2022 Budget Act projections, and California now faces an estimated budget gap of $22.5 billion in the 2023-24 fiscal year.  The Governor’s Budget does not propose to draw from the State’s reserve accounts to close the budget gap.  Rather, to close the budget gap, the State will be focusing on one-time and near-term spending instead of costly long-term obligations; tying or “triggering” a handful of new ongoing programs to sufficient revenue availability in 2024-25 ($3.9 billion); implementing funding delays ($7.4 billion), reductions and “pullbacks” ($5.7 billion), and fund shifts ($4.3 billion); and limited revenue generation and borrowing ($1.2 billion).  If, however, economic and revenue conditions deteriorate in the spring, then the Administration may propose withdrawals from reserve accounts, as well as additional program reductions.  Some of proposed solutions to the budget shortfall include:

CAFP will work with legislative offices and allies to support the Governor’s proposals to expand and improve health care in California. CAFP will also continue to work with the Administration and the Legislature to ensure California further builds the primary care physician workforce.