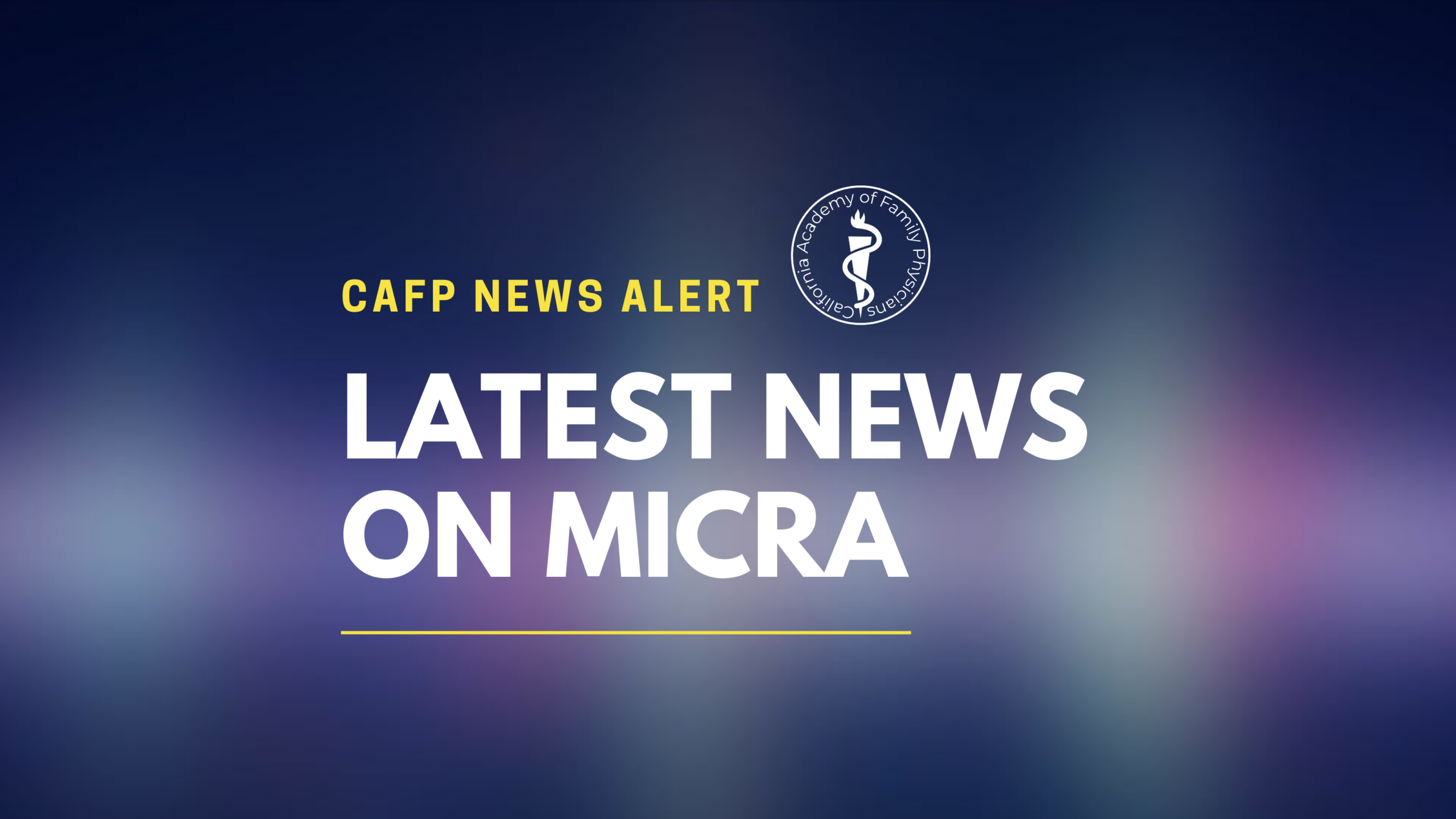 A coalition led by health care provider groups unveils a compromise on California’s Medical Injury Compensation Reform Act of 1975 (MICRA). Californians Allied for Patient Protection (CAPP), the statewide coalition to protect access to health care through MICRA, announced a deal to avoid a potentially devastating ballot initiative. A long-time member of CAPP, CAFP received the following breaking news from CAPP announcing a compromise plan to avoid decimating MICRA protections with the potential passage of the “Fairness for Injured Patients Act” (FIPA), set for the November ballot. Under the deal, the proponents of FIPA would remove the initiative and support a legislative bill with compromise language.

A central component of the compromise language makes changes to the existing limit of $250k on non-economic damages in medical malpractice cases to the following:

• Cases not involving a patient death will have a limit of $350k on the effective date of January 1, 2023, with an incremental increase over the next 10 years to $750k and a 2.0% annual inflationary adjustment thereafter.

• Cases involving a patient death will have a limit of $500k on the effective date of January 1, 2023, with an incremental increase over the next 10 years to $1 million and a 2.0% annual inflationary adjustment thereafter.

Important guardrails of MICRA will continue unchanged, including advance notice of a claim, the one-year statute of limitations to file a case, the option of binding arbitration, early offers of proof for making punitive damages allegations, and allowing other sources of compensation to be considered in award determinations.

CAFP will provide additional detail as it becomes available. The CAFP Board will review the proposed legislation, gain insight on the politics, and obtain information on the impacts, before taking a position.

“Key stakeholders have come together in good faith and common cause to reach agreement on proposed legislation to modify California’s Medical Injury Compensation Reform Act of 1975 (or MICRA).

After decades of debate about the need to ensure health care that is accessible and affordable for all while balancing appropriate compensation for Californians experiencing health care-related injury or death, this agreement strikes a new balance by doing two things:

• Extends the long-term predictability and affordability of state liability protections for those providing medical care in California, and
• Provides a fair and reasonable increase to limits on non-economic damages (there is no cap on economic damages such as medical costs or lost salaries) for medical malpractice starting January 1, 2023 – with gradual increases thereafter.

Under this agreement, the rights of patients are protected, as are MICRA’s essential guardrails ensuring broad-based health access.

More significantly, this compromise demonstrates a unified commitment by all stakeholders to put the interests and wellbeing of Californians ahead of historic conflicts. In doing so, we continue to ensure that, in America’s largest state, patients and their families are cared for in all ways.

Next Steps in the Process

California law allows proponents to withdraw a measure from the ballot if there is an agreement before the deadline of June 30th. With stakeholders now in agreement about moving forward, both sides are working in coordination with the governor’s office and legislative leaders to advance legislation that would be finalized before the initiative withdrawal deadline.

Assuming expedited approval by the legislature and governor, the updates to MICRA would take effect January 1, 2023. This year’s ballot measure that would have dismantled MICRA will not appear on the November ballot, and no future ballot measures would be needed for the adjustments of the cap noted above to take effect.”