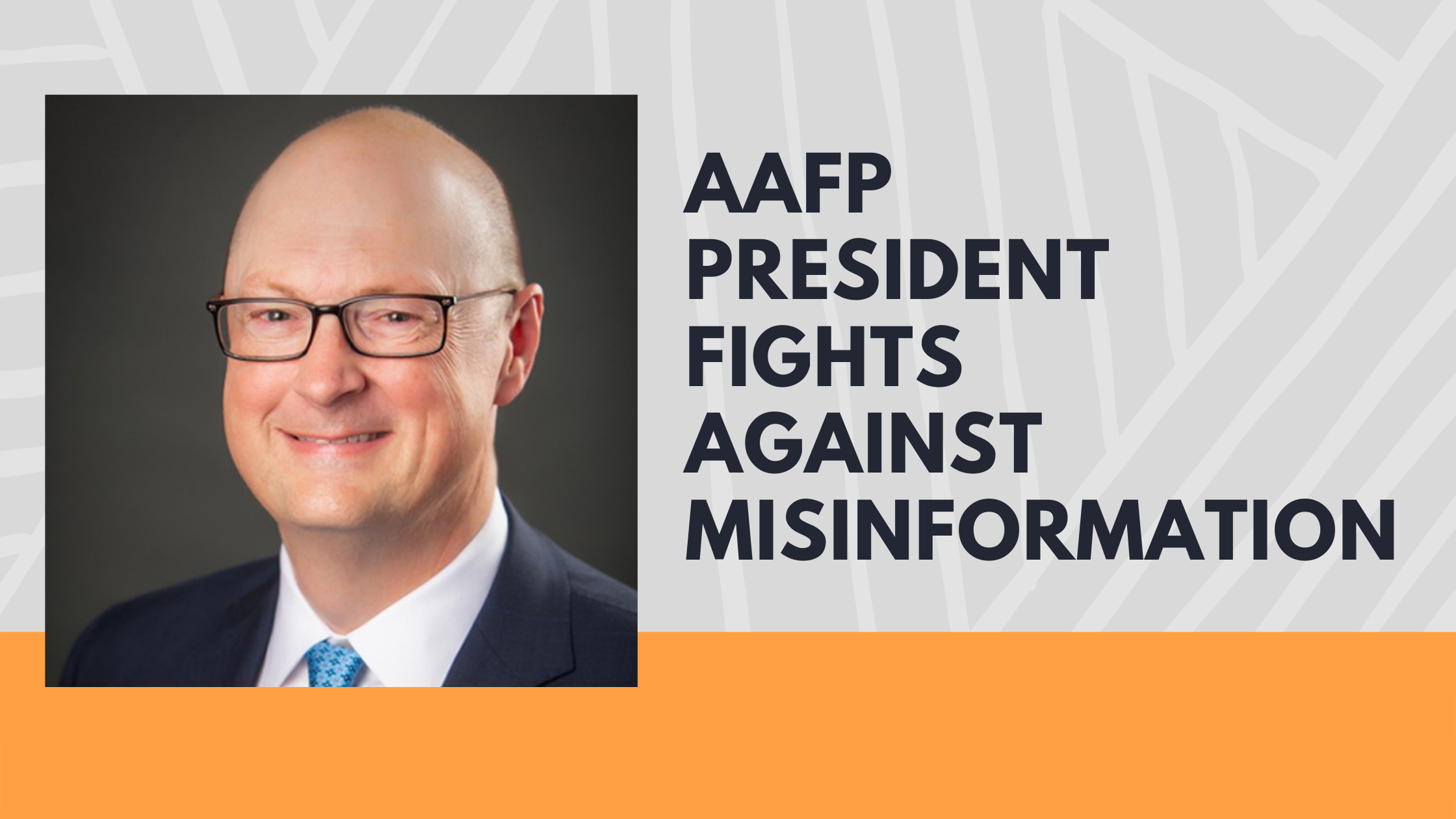 Sterling Ransone, M.D., didn’t leave residency with a grand vision to become a leader in family medicine, but the needs of his patients demanded it.

Ransone said Sept. 28 during his speech at the 2021 Family Medicine Experience that he got involved with advocacy after an insurance company denied coverage of a prescription he had given a patient “because it was written by me, a family physician, and not a ‘specialist.’”

“I became upset,” said Ransone, the AAFP’s newly installed president. “I am a specialist in family medicine.”

Ransone said he felt frustrated and powerless when numerous appeals and inquiries failed to help his patient. He submitted a resolution and provided testimony to the Medical Society of Virginia’s House of Delegates that said insurers should not be allowed to compromise patient care by infringing on the prescribing authority of physicians. The resolution passed and became policy of that organization.

“That insurer was faced with the power of an organized group of physicians demanding change,” said Ransone, who added that the insurer ultimately changed its position. “My patients could finally receive the quality medical care they deserved from the family medicine specialist they knew and trusted in their local community.”

Ransone said that incident got him hooked on advocacy and also got the attention of Virginia AFP leadership, which asked him to take a more active role in his state chapter. During more than two decades of practice in rural Virginia, Ransone has served as president of both his chapter and his state medical society.

“I discovered that the tools of active listening, thoughtful action and compassionate service that I learned in training to become a family physician were the same skills I could use to advocate for patients and our profession at multiple levels,” he said. “Those skills are what each of you learned as well. They’re what make you leaders.”

Read the full article here and watch a special video from Dr. Ransone.