Randolph Holmes MD, FAAFP, DFASAM, remembers that during his Family Medicine Residency, the image he had of people with substance use disorders (SUDs) was that of the homeless population living in the Skid Row area of downtown Los Angeles.

After becoming a practicing family physician in the suburb of Whittier, California, the number of patients he saw with the same illness surprised him.

Several years later, Dr. Holmes started caring for patients in his hospital’s drug and alcohol treatment program. He found working with patients with SUDs to be so satisfying that roughly 25 years later, he still splits his day between working as a family physician and an addiction medicine specialist.

Board certified in both specialties, Dr. Holmes is a staff physician at PIH Hospital in Whittier, California, where he maintains his private practice. He also serves as Medical Director for the Los Angeles Centers for Alcohol and Drug Abuse (LA CADA), a safety net drug and alcohol treatment program.

“People get better and then they slip a little bit and then they get back on track,” said Dr. Holmes, who also teaches addiction medicine to medical students at the Keck School of Medicine of USC and to Family Medicine Residents in Whittier. “It fits very well into what I do as a primary care doctor. People have to be cared for over a lifetime for this. Usually, you can’t just treat them once and they get well and never have a problem again.”
As a family physician in Whittier, he daily sees patients who are struggling with addiction or have a loved one who has a substance use disorder.

“I would say at least 7 to 8 percent of the people I care for regularly have some substance use issues, either themselves, friends or family,” he said. “It’s a fairly high percentage.”

At the primary care level, Dr. Holmes said addiction often initially presents itself as other health issues. A patient might come in with high blood pressure and then it’s discovered that they drink heavily every night. A family member might be struggling with anxiety or depression and be worried about someone’s struggle with substance abuse.

“You might see someone in their 30s who drinks heavily and by the time they’re in their 40s, sometimes their liver starts to show damage and they begin to see other health issues crop up,” he said. Families are affected in many ways by a loved one’s drinking or drug use. Family physicians are often the first provider they turn to for help and are, therefore, in a unique position to intervene.

Dr. Holmes said only 10 percent of the roughly 21 million Americans struggling with addiction receive treatment. As medicine’s “frontline,” he believes family physicians must be trained in screening and treating addiction. Primary care physicians should “own addiction treatment” and become the “go-to people” for it. It is well within the scope of their practice.

“Primary care physicians – particularly family physicians, internists, and pediatricians – need to step up and become the work force for this,” he said. “There just aren’t enough addiction specialists available.”

A family physician, he said, can develop an important relationship with people with SUDs because they have contact with them over time and can provide a safe space for them to struggle and make mistakes.

“That long-term relationship then builds their confidence and they trust you,” he said. “You can encourage them to get back on track.” Seeing people recover from a SUD and rebuild their lives can be enormously gratifying for a physician.

He said ASAM would love to see more primary care doctors get involved in treating substance use disorders as family physicians and as addiction medicine specialists.

“The message I want to give people is that treatment works,” he said. “We have treatment, it is evidence-based, and it does change people’s lives. The current overdose epidemic gives treatment a real sense of urgency. We can make a big difference and have a huge impact on people’s lives. That’s really what I want to get out to my fellow family docs.” 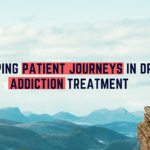 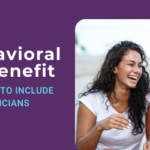 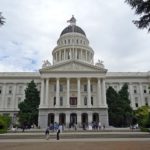